I play a lot of digital card games. When I was working on Runescape Chronicle, I played that, as well as Hearthstone, Duelyst, Faeria, Magic Duels, Elder Scrolls Legends, Infinity Wars, Gwent, Solforge and, most recently, Eternal. Recently, from a professional point of view, I’ve been fascinated with the different ways that these games run their free to play economies.

Hearthstone, of course, set the benchmark for generosity and card acquisition rate. It’s interesting to see the different ways that these games approach the problem of getting cards and currency to the player. Some run a similar setup to Hearthstone (Elder Scrolls), whereas games like Eternal are trying to innovate (offering players a mode where they draft cards, then keep all cards they draft).

One thing that strikes me is that, in general, these delivery mechanics seem focussed on the velocity with which players earn cards, rather than creating the core retention loops seen in games such as Clash Royale. I know that this was something we came up against when working on Runescape Chronicle. We had a very clear picture of card acquisition rates, but ended up leaning on Daily Login bonuses as a means of encouraging players back.

I have been thinking about an elegant solution for including solid rewards and a compelling retention hook in a CCG. I want to learn from mobile games whilst maintaining the authentic feeling which games like Hearthstone provide.

The model I will be using is shown below:

This model is simply showing that all free to play games should have a quick way to do something meaningful (the on ramp), a rewarding play session (playtime) and an incentive to wind down the play session (off ramp). The off ramp can be seen as unintuitive, but it does two things for us. First, it prevents burnout; we want people playing our game as a valuable hobby for years. Second, and perhaps more important, it allows us to plant the return hook, encouraging players to return everyday. The player should always, always have something to do.

Card game players care about cards. Whilst some CCGs allow you to purchase cosmetics, I cannot imagine spending my currency on anything but cards. This is going to be a governing principle of this retention loop. My aim is to provide, via different mechanisms, a steady stream of cards to the player.

My suggestion is to use the following delivery mechanics: 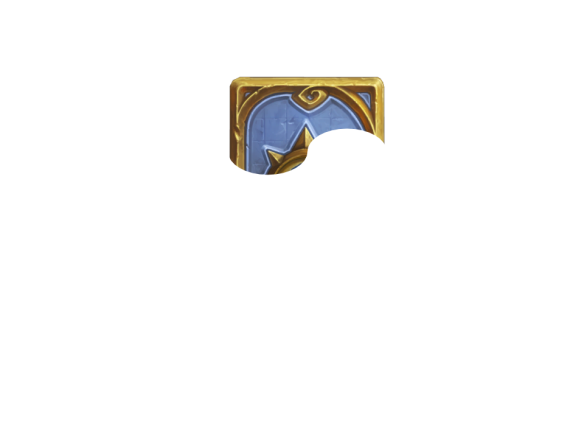 The rewards should be distributed as follows:

The aim is to give players numerous loops, all overlapping each other, so on any given day the player has a different return hook. All these hooks have the same net result; more cards, but the variety of delivery mechanics should reduce the feeling of the grind.

Crucially, from a design perspective, the player always has another task in progress. There is always a job half done. Often, in Hearthstone, Eternal any many other CCGs, you can finish up your dailies and leave the game “complete” for the day. The only return hook is the knowledge that more dailies are coming tomorrow.

My real innovation here is earning the cards in fragments. By using this second card delivery mechanic, it is possible to reliably offset the rewards so the player always has an active return hook.

Obviously, Daily tasks, weekly goals and rewards for wins have all been done before. However, by using these mechanics and introducing card fragments, I have presented a way that hardcore CCGs could borrow from retention mechanics mobile games, without losing their generosity or seeming to grinding or money grabbing. By always giving the player something to do, they will always have a reason to come back to your game. This mechanic enhances what we see in games like Hearthstone, without moving too close to games like Clash Royale and making the hardcore CCG playerbase feel uneasy.